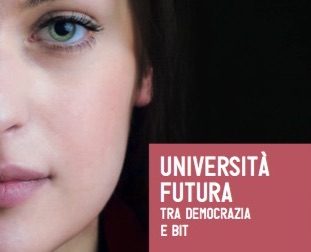 Technology should therefore be incessantly at the center of a broad and in-depth public discussion, from schools and universities to Parliament, from political parties to the media. To identify needs, to establish priorities, to favor the search for solutions, to analyze the economic, social and cultural consequences of the various options, to decide if, when and in what form to deploy a specific technology, to understand how to ensure useful technologies for the community. In short, to reflect politically on technology.

It would be logical for this to happen, especially in a democracy. However, with occasional exceptions, it does not happen. Not that we ignore technology: we do talk about it, and a lot too. But it is mostly fragmented reflections in areas that are disconnected from each other. As in the Buddhist parable, blind monks touch an elephant, but only its tail, paw, tusk, trunk. Nobody touches other parts of the elephant's body and therefore nobody comes to understand that they are dealing with a whole, with, in fact, is an elephant. So the media celebrates (or criticizes) the latest smartphone model or fears - for at least the last sixty years - the end of jobs, technicians think about making existing technologies more efficient regardless of the consequences of such increase in efficiency, philosophers question how much technology is more or less out of control (or, on the contrary, how is the way to achieve heaven on earth), economists are concerned with how to promote and make use of "innovation", and so on stricly for silos. Silos that tend to polarize into "apocalyptic" and "integrated", into enthusiastic and pessimistic, but all retaining the tendency to take for granted a fundamental premise, that is, that technology somehow happens. Consequently, not many feel the need to reflect broadly on technology: for enthusiasts, because every technological evolution is by definition progress, for pessimists because technology is out of control and "only a god will be able to save us". So, why on earth make the effort to reflect on technology by putting together different forms of knowledge? And - above all - why on earth reflect politically on technology?

Perhaps the key to going in the right direction lies in making people understand that technology is a human product. Or, reversing the perspective, that man is inherently technological; not only technological (thankfully!), but certainly also technological.

And therefore technology does not just happen. Technology is not nature, it does not arise spontaneously. Technology exists only and exclusively because human beings have imagined, wanted, designed, implemented, financed, disseminated, told, accepted, criticized, used, modified it. Paraphrasing the great Italian economist Federico Caffè, we could say that all technology can be traced back to actors with "name, surname and nickname".

Therefore, as a human product, technology is culture and imagination, an expression of values ​​and visions of the world, the desire to contribute to the community with something useful and perhaps aesthetically pleasing, an extension of our body and our senses, support for our faculties, means to live a better life and to take care of the community and the planet.

But precisely because it is human, technology is also simultaneously power, an instrument of exploitation and domination, a means of plundering the planet, a weapon against animals and plants, as well as a means of controlling or destroying other human beings or even entire civilizations.

In short, technology is deeply human, with all the positive and negative potential of humanity, with all its explosive contradictions.

In terms of understanding, therefore, we need a very strong collaboration between different forms of knowledge, including the arts, to understand technology in a broad way, that is, the opposite of the fragmentation and incommunicability that almost always dominates the scene today.

But technology is also human in another sense, namely, that as a human product it is - in principle - absolutely malleable by human beings themselves. Contrary to what both enthusiastic and pessimistic people think, there is no determinism, neither positive nor negative. But if technology is controllable by humans, then upstream of the technology discourse is the discussion of how we would like to live together. The type of society we would like to create, its internal structure, its relationship with the planet. It is on the type of society that we will be able to create, in fact, that will depend on whether we have technologies more or less at the service of the community, more or less respectful of the environment and of other human communities, more or less at the service of the weakest, more or less sensitive to democratic decisions.

It is essential, however, that from the beginning of this philosophical and political reflection we think about technology in a new way: no longer a mere set of tools of variable effectiveness and cost, but an immanent component of humanity. Technology is humanity.

Juan Carlos De Martin is full professor at the Polytechnic of Turin, Faculty Associate at Harvard University's Berkman Klein Center for Internet and Society and co-curator, with Luca De Biase, of Biennale Tecnologia. Prof. De Martin is writing a book with the provisional title: "Ten Lessons on Technology".

* Text of the speech by Juan Carlos De Martin during the inauguration of the first edition of Biennale Tecnologia (Turin, 12.11.2020). A slightly modified version was published by the Italian magazine “Left”, 13.11.2020, pp. 60-62.
Here are the slides I presented during the celebration for the 20th anniversary of CGI.br on 9 November 2015 in João Pessoa (day 0 of the Internet Governance Forum 2015).

Call from presidents of all French universities: 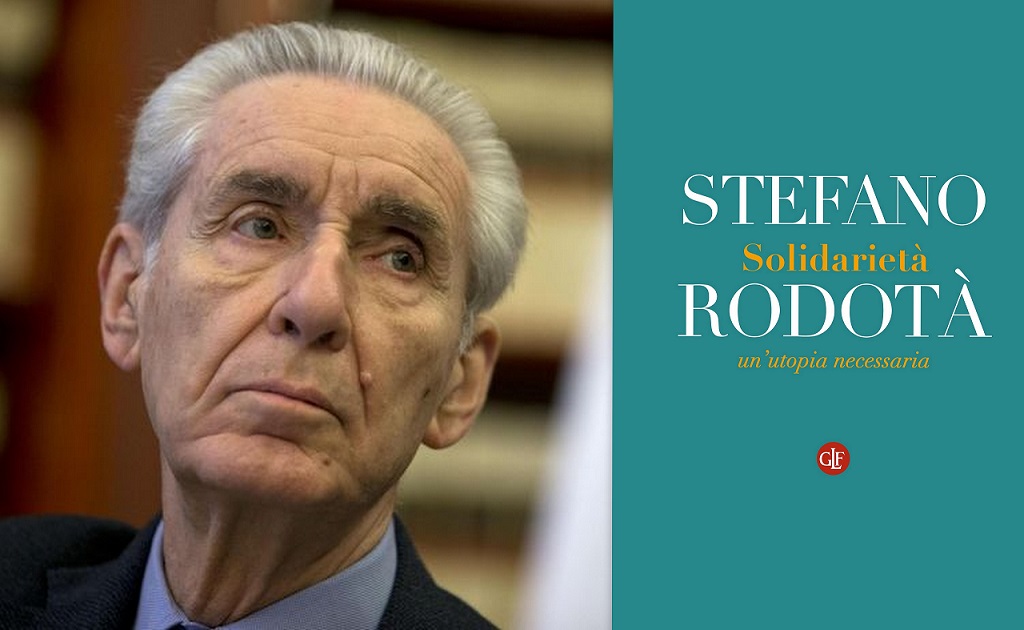 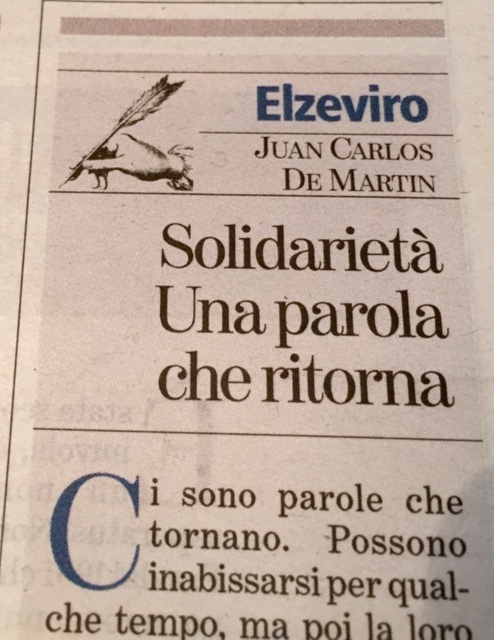